Home
Forgiveness In The Bible
Teachings

What Is Forgiveness In The Bible

Join us in this teaching as we learn what is forgiveness according to the Bible.
Follow 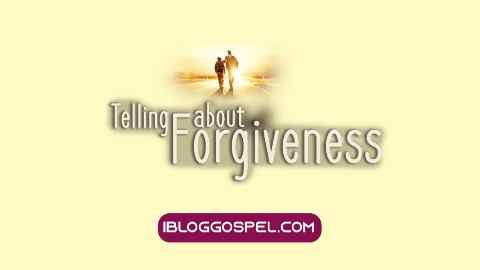 John had offended Gabriel in the past few months, but after some time, he realised he was at fault and needed to apologise. So he went ahead and spoke to Gabriel; admitting his fault and asking for his forgiveness.
Gabriel only responded with a simple, "Oh, well I have nothing against you" and ended the conversation. In John's mind, that response sounded vague enough for him to doubt the genuineness of Gabriel's forgiveness. Yet he had no option but to let go and move on, since he had done his part.
Interestly, this happens to be one of the popular ways Christians handle forgiveness. Nonetheless, it would be great if we truly 'had nothing against' the one who offended us—even before they apologised. It would be great if we were not keeping (and continued keeping) a long list of their wrongs in our heart. It would be really amazing if we were not brooding hidden grudges in our heart against them.
If words like, "I have nothing against you" come from the bottom of our heart and it's true, then I must say it's such a powerful thing! It's a powerful evidence that we've truly met God.

Forgiveness is the act of excusing or pardoning another of their error or offence. Other words for forgiveness include; leniency, remission, clemency, and most importantly, mercy. Just as our Lord Jesus demonstrated it towards us for our transgressions, genuine forgiveness stems from a heart full of mercy.

Through forgiveness, enemies have been restored to friends and conflicts have been resolved amicably.
Only those who are truly born of God can forgive. The rest can only fake it with words. Ungodly people do not truly forgive, they only shove the matter further into the depths of their heart, saving it for some other day.

What Does The Bible Say On Forgiveness

The act of forgiveness is one of the virtues that God expects from those who are called by His Name. It is one of the principles of Christian living; it is suppose to form an integral part of our daily lives as Christians.

Matthew 18:21-22 KJV
Then came Peter to him, and said, Lord, how oft shall my brother sin against me, and I forgive him? till seven times? [22] Jesus saith unto him, I say not unto thee, Until seven times: but, Until seventy times seven.

I'm sure that many people had offended Peter and he was gradually running out of more chances for them, so he had to ask the Lord this question:
“How many times can I forgive those who offend me? Up to seven times, right? I hope that's many times enough for an imperfect human like me?”
But the Lord's response was unexpected and at the same time thrilling: “I tell you, not seven times, but seventy times seven.”
If we put that into calculation, we'll arrive at 490 times! By saying that we must forgive those who offend us that many times, Jesus wasn't putting a limit on the number of times we should forgive. He was simply saying that we should forgive and continue forgiving—innumerable times!

What The Bible Says About Forgiving

For every genuine Christian, forgiveness is not just an option but a command. It is the Word of God that should serve as the compass for our lives, and it is clearly stated in the Christian Bible (on many occasions) that we must forgive.

Mark 11:25 NIV
And when you stand praying, if you hold anything against anyone, forgive them, so that your Father in heaven may forgive you your sins.”

Up till now many still do not believe that unforgiveness can hinder or delay the answers to their prayers.
It is quite unfortunate that many do not know that forgiving another helps them more than it does to the one who offended them. Genuine forgiveness brings inner peace, open access to God and a better relationship with Jesus Christ, to mention but a few.
Forgiveness is one of the instructions for Christian living as seen in the holy scriptures. Obedience to God's word includes sincerely forgiving our transgressors.

What God Says About Forgiveness

Forgiveness was one of the teachings of our Lord Jesus Christ during His ministry on earth. In one of His teachings, He used a parable to deliver a very powerful message on forgiveness thus:

Matthew 18:23-35 ESV
“Therefore the kingdom of heaven may be compared to a king who wished to settle accounts with his servants. 24 When he began to settle, one was brought to him who owed him ten thousand talents. 25 And since he could not pay, his master ordered him to be sold, with his wife and children and all that he had, and payment to be made. 26 So the servant fell on his knees, imploring him, ‘Have patience with me, and I will pay you everything.’ 27 And out of pity for him, the master of that servant released him and forgave him the debt. 28 But when that same servant went out, he found one of his fellow servants who owed him a hundred denarii, and seizing him, he began to choke him, saying, ‘Pay what you owe.’ 29 So his fellow servant fell down and pleaded with him, ‘Have patience with me, and I will pay you.’ 30 He refused and went and put him in prison until he should pay the debt. 31 When his fellow servants saw what had taken place, they were greatly distressed, and they went and reported to their master all that had taken place. 32 Then his master summoned him and said to him, ‘You wicked servant! I forgave you all that debt because you pleaded with me. 33 And should not you have had mercy on your fellow servant, as I had mercy on you?’ 34 And in anger his master delivered him to the jailer, until he should pay all his debt. 35 So also my heavenly Father will do to every one of you, if you do not forgive your brother from your heart.”

These were words straight out of the mouth of God on forgiveness. Our Lord Jesus was literally saying that if God can forgive us of our Sin (which is a more severe transgression) we ought to also forgive one another.

Can You Forgive Someone And Still Not Want To Be Around Them?

Forgiveness doesn't always have to lead to reconciliation. Not all acts of forgiveness will amount to reconciliation—no matter how hard we may try. God expects us to apply wisdom to know when to genuinely forgive someone from the heart but still keep a considerable distance from them, for the peace and sanity of both parties involved.

Bible Verses About Forgiving Others Who Hurt You

Ephesians 4:32 KJV
And be ye kind one to another, tenderhearted, forgiving one another, even as God for Christ's sake hath forgiven you.
Matthew 6:14 KJV
For if ye forgive men their trespasses, your heavenly Father will also forgive you.
Psalm 32:1 KJV
Blessed is he whose transgression is forgiven, whose sin is covered.
Matthew 6:15 KJV
But if ye forgive not men their trespasses, neither will your Father forgive your trespasses.
Hebrews 8:12 KJV
For I will be merciful to their unrighteousness, and their sins and their iniquities will I remember no more.
Proverbs 17:9 KJV
He that covereth a transgression seeketh love; but he that repeateth a matter separateth very friends.
Proverbs 10:12 KJV
Hatred stirreth up strifes: but love covereth all sins.

Forgiveness may not always feel pleasing to our flesh, but we must learn to overcome the flesh and forgive even more.
The uncrucified flesh wants to hold grudges and go with them into eternity, but we must always remember that only those with a pure heart will see God (Matthew 5:8). Yes, forgiveness ensures the purity of our hearts! If we had more people with a pure heart, we would have more people with a greater level of access to God.
Always remember that forgiving is more for your own good than that of those who offend you. If you can't do it for their sake, at least you should sincerely do it for your own good.
There are people who do not want forgiveness and peace, but you can still forgive them even without letting them know. Always remember that having a clean slate before God is the most important thing.
If you have any questions concerning this article, feel free to leave me a comment below.
God bless you.