What Does Flying In A Dream Mean Spiritually

Certain people often find themselves flying in dreams. You can know what flying in a dream means spiritually by reading this article.
Follow 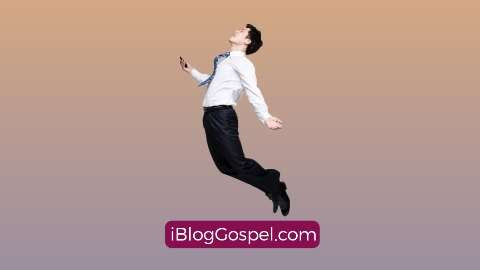 John 3:8 NIV
The wind blows wherever it pleases. You hear its sound, but you cannot tell where it comes from or where it is going. So it is with everyone born of the Spirit.

If you woke up from a dream where you saw yourself flying, as a Christian, I'll advise you not to conclude that you're being bewitched, simply because you saw yourself flying in a dream. I'll explain why I said this.
Since dreams about flying come in various forms, we will do our best to capture as much as possible concerning this dream, under the following:

What does flying in a dream mean spiritually? Except you are a witch and you know it, then flying in a dream definitely is evil to you. But the same cannot be said of a Christian who is filled with the Holy Spirit.

Flying In A Dream Biblical Meaning

What is the biblical meaning of flying in a dream? It's always funny to hear some Christians presume that flying in a dream is evil.
In the book of John 3:8, we are told that the wind blows wherever it pleases. You can hear its sound, but cannot tell where it comes from or where it is going—and so is everyone who is born of the Spirit.
In other words, as a Christian who is filled with the Holy Spirit, you cannot predict the Holy Spirit, neither can you dictate for Him how to use you.
It is funny that some Christians wake up scared and go for deliverance immediately they wake up from a dream where they saw their self flying.
Some end up concluding that if you see yourself flying in dreams, it means that you are a witch, you have been bewitched or you are flying to the coven. So they embark on many days dry fasting and prayers just to stop such a dream from repeating itself. Not surprising though, because people fast out of ignorance and for the wrong reasons.
But it all sounds quite funny to me, knowing that not all flying dreams are evil.
Life is spiritual. The Christian is also supposed to be spiritual. The fact that you are a Christian doesn't mean you should be weak and restricted in your dreams.
Christians have shared dreams with me where they were able to escape an attack in their dreams because they could fly away from their attacker or the scene of the attack. Obviously, that is not a bad thing. It is the Holy Spirit who enabled them to experienced such.

I do not deny the fact that there are both negative and positive sides to flying in a dream.
Flying in dreams is not the same for everyone. If satanists do fly in dreams, we can be sure that their intention for doing so is not good; they fly around to do evil to innocent people.
But a good number of God's people have been fed lies concerning the operations of darkness, that is why many find it difficult dealing with spiritual attacks.
The common belief is that “witches fly in the night”, but this is just meant to paint witchcraft nice. Witches do so much evil, and flying in dreams is not one of them.
Understand that man is a spirit being. Spirits have unlimited supernatural abilities and are capable of many things. Outside of the body, the possibilities are endless.
It is the human body that restricts man from accessing his full potential as a spirit being while awake. But in the dream world, supernatural abilities can easily be harnessed.
Jesus Christ in His glorified body, was able to walk through walls. If a Christian experienced that today, he would probably be called evil. But Jesus was even able to appear and disappear or change locations at will. At the end of His ministry, He ascended into Heaven (Acts 1:9).
Christianity is meant to be spiritual, not mundane. If our Lord Jesus Christ could do all these things, what then makes it strange if a Christian experiences something similar in their dreams?
A Christian should be Christian-like. Philip was caught up by the Spirit and dropped in a different location completely (Azotus) where he preached to the Ethiopian Eunuch (Acts 8:39-40).
One problem we have in Christendom today is that, many Christians have chosen to live in fear and are always swift to condemn and tag every supernatural experience as evil.

Prophetic Meaning Of Flying In Dreams

John 3:8 KJV
The wind bloweth where it listeth, and thou hearest the sound thereof, but canst not tell whence it cometh, and whither it goeth: so is every one that is born of the Spirit.

The Holy Spirit in you makes you unstoppable; He makes you spiritual and supernatural. The supernatural should be normal (and not strange) to a child of God.
The enemy doesn't own any supernatural ability that is resident in man. What he does is to activate (the already resident) abilities in those who submit to him, and then he goes on to use those people for his evil intents.
Everything belongs to God. As Christians, we cannot continue attributing everything to Satan. Many Christians are spiritually weak and helpless in their dreams due to having the wrong mindset towards the supernatural.

What is the spiritual meaning of flying in a dream? For a Spirit-filled Christian, flying in dream is a sign of spiritual strength. Agility in dreams is an indication of having a good spiritual state.

Those who are spiritually weak cannot even run from spiritual attacks in dreams, talk less of being able to take to flight. If a Christian is filled with the Spirit and the power of God, they should expect to have many spiritual experiences (including in their dreams).

Dreaming Of Flying And Being Chased

Think of an instance where you got chased by a demon in your dream. You ran and got exhausted on the way. Then instead of the pursuer becoming weak also, it was able to take to flight so as to quickly get to you. Would you be happy if an agent of darkness had such an advantage over you in the spirit realm? I'm sure you wouldn't. That's why a Christian shouldn't condemn or be scared of experiencing things like flying in their dreams.
If you saw yourself getting chased in your dream, that clearly shows that you are under attack. And if you were able to fly and escape from your pursuer, then you win! That is a sign of victory. It's all in your favour. There is nothing evil about it.

Dream Of Flying Away From Danger

If you had the ability to fly away from danger in your dream and made use of it, is that not a good thing? I do believe it is! The will of God is for us to be victorious even in our dreams, and not the victim. Light is superior to darkness.

Dreaming Of Flying With Someone

If you have been seeing recurring dreams of flying with someone, that calls for your careful reconsideration. To what location do you often fly with the person? What exactly do you do during the trip? These are some questions to consider.
If the feeling in the dream is eerie, then something is not right. God do send His sons on errands in the spirit realm, and they may find themselves flying in their dream. Such dreams often come with a meaningful goal, a purpose and a Godly assignment attached to it.
But if you often see yourself flying with a strange person to carryout ungodly tasks, then you need to stop and pray for such dreams to cease. We should be vessels of God, not vessels which the enemy uses to run errands at night.
Always remember to pray effectively and commit yourself into the hands of God before going to bed.

Dream Of Flying Away From Enemy

If you dream of flying away from an enemy, of course, that is a good thing. Your spiritual self is in a good state. With that, you become an unmatched opponent for your enemies. God's got you. Thank Him for that!

Final Words On Flying In Dreams

As a Christian, your inability to take to flight in a dream (if you found yourself in danger), isn't what makes you a good person. And having the ability to fly in dreams does not make you a witch or warlock.
Flying in dreams is a supernatural ability anyone can access—either for evil or good purposes. It is in itself not evil; anything can become evil, depending on what man chooses to do with it.
If you find yourself flying in dreams with an assignment to harm others or do any sort of evil, understand that it is the enemy using you. Repent and submit your vessel completely to God and such dreams will come to a halt.
Ask God for more supernatural abilities, so you can always have an edge over the enemy in your dreams.
If you were blessed reading this dream interpretation kindly share with others.
Remain blessed!