Meaning Of Ants In Dreams

People see different dreams of ants, and some couldn't readily ascertain what these dreams mean. Here is the meaning of ants in dreams.
Follow 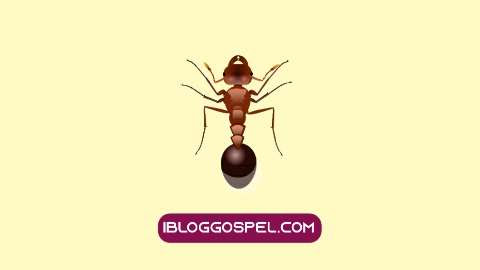 Ants in dreams is one of the most disturbing (and sometimes terrifying) dreams that people have. Today we will explore the meaning of ants in dreams from a Christian perspective.
Many people wake up perplexed whenever they dream about ants. Sincerely speaking, dreams about ants are suppose to get such attention from the dreamer. Especially dreams like...
Ant dreams are very serious dreams; the dreamer must not take them lightly. Such dreams could manifest as serious problems in the dreamer's waking life if they are not treated accordingly.
The appearance of ants in a dream does not bring a blessing; it doesn't bring good fortune. Hence, ant dreams often portend a bad omen.
Whenever and if you happen to dream about ants, it's time to buckle up for spiritual warfare.
See Also: Anointed For Battle—An Experiential Guide To Spiritual Warfare

Spiritual Meaning of Dreaming About Ants

Ants are scavengers. Wherever they appear, it is often for the purpose of exploiting and ransacking for their personal benefit. Ants don't hesitate destroying anything in their path just to achieve their goal for visiting.

Proverbs 6:6-8 KJV
Go to the ant, thou sluggard; consider her ways, and be wise: [7] Which having no guide, overseer, or ruler, [8] Provideth her meat in the summer, and gathereth her food in the harvest.

Though very tiny in their appearance, ants are often violent in their attack. They are no one's friends. If a group of ants invade a home, they work hard for their own benefit—but at the expense of the house owner. The after effects they leave can be terrible and very irritating!
Spiritual ants appear in dreams to bring affliction and problems to the life of the dreamer. But the Lord is our deliverer.

Psalm 34:19 KJV
Many are the afflictions of the righteous: but the Lord delivereth him out of them all.

People always want to get rid of ants in their home because they do not bring good tidings. The application isn't any way different when it comes to seeing ants in dreams.

Biblical Meaning Of Ants In Dreams

The works of darkness against the people of God are often as destructive as ants invasion. The enemy comes but to kill, to steal and to destroy (John 10:10).
Seeing ants in your dream could possibly tell that you have many enemies—human agents of darkness who hate you and are constantly working towards seeing your destruction.

Isaiah 8:12 ESV
“Do not call conspiracy all that this people calls conspiracy, and do not fear what they fear, nor be in dread.

Many are they that are plotting and working tirelessly to see your downfall but do not be afraid of their conspiracies. For if God be for you, who can stand against you? No one!

2 Chronicles 20:15 KJV
And he said, Hearken ye, all Judah, and ye inhabitants of Jerusalem, and thou king Jehoshaphat, Thus saith the Lord unto you, Be not afraid nor dismayed by reason of this great multitude; for the battle is not yours, but God's.

A cooperative demonic attack during the night can manifest as ant dreams—especially soldier ants dreams. More will be said about this under another subheading below.

Malachi 3:11 KJV
And I will rebuke the devourer for your sakes, and he shall not destroy the fruits of your ground; neither shall your vine cast her fruit before the time in the field, saith the Lord of hosts.

Ants naturally have a devouring and destroying instinct. You will notice that most times, when they invade, it is often for the purpose of destruction, then grabbing and escaping with what isn't theirs. Sometimes ants invade a living plant only to leave it dead. The spirit of the devourer works the same way.
When ants invade in the dream, most times, it is the devourer spirit that is released from the kingdom of darkness against the dreamer. If you see such a dream, do not fear but pray.
The Lord said that He will rebuke the devourer for your sake. You have the authority to pass His decree on the spirit of devourer for their destruction (Luke 10:19).

Seeing Soldier Ants In The Dream

Seeing soldier ants in dreams is very common, because the attacks of the enemy are common. The kingdom of darkness works tirelessly day and night against the people of God. But at the end of the day, all their efforts shall be in vain.
Dreams where a person sees soldier ants invading their home portray a deadly spiritual attack from the enemy. Many soldier ants invading a home is often a cooperative demonic or witchcraft attack. It isn't just one agent of darkness asigned and released against the dreamer but many of them. Yet, there is good news! God says you are more than them.

Joshua 23:10 KJV
One man of you shall chase a thousand: for the Lord your God, he it is that fighteth for you, as he hath promised you.

Whenever you happen to see such dreams, wake up and confront the kingdom of darkness by the power of God! Victory will be yours in the Name of Jesus.

It has been confirmed that most times, when a person sees soldier ants in their dream; and after they wake up to war in their spirit against the work of darkness and go back to bed, they might dream about killing soldier ants. This is often a sign of victory.

Leviticus 26:8 KJV
And five of you shall chase an hundred, and an hundred of you shall put ten thousand to flight: and your enemies shall fall before you by the sword.

Your prayers were effective. The Heavenly host moved into action against the agents of darkness that were released against you and you got victory. Rejoice and praise God for it!

Even in waking life, no one would like to welcome and live with ants in their home. People always employ diverse measures to get rid of ants. Killing ants in dream often portray victory over your enemies and their works.

Dream Of Ants On Clothes

When a Christian lives in rebellion against God, that often opens the door for many demonic attacks. Seeing ants on clothes in dreams symbolize spiritual pollution. Sin opens the door for dark spirits to leech on a person.
The solution is genuine repentance and reconciliation with God. If you are not yet saved but you are seeing this sort of dreams, before using the prayer points below, go ahead and pray this salvation prayer.

Spiritual Meaning Of Ants In House

Ants in house often represent demonic invasion. When ants invade a home, it is often for destruction. This isn't different with agents of darkness. God is showing you what they meant to keep secret. They have been exposed and you can send them packing by the power of God!

Dream About Ants Biting You

This is often a very deadly spiritual attack. First of all, the dreamer is spiritually weak. They need to step up their spiritual life.
See Also: How To Grow Spiritually
The ants invasion was supposed to be seen even before they launched their attack. The solution is serious prayers coupled with fasting against the works of the enemy.

Prayer Against Spiritual Ants In Dreams

As you have read here, seeing ants in dreams isn't meant to be taken lightly. Such dreams are often very destructive attacks from the enemy against a person. Pray against them and pray they don't repeat or continue anymore. Victory is always yours through Jesus Christ!
If you were blessed reading this dream interpretation, kindly scroll down and share with as many as possible.
God bless you!