Biblical Meaning Of Stars In Dreams

People dream about stars and wonder what such dreams mean. Today, we bring you the Biblical meaning of stars in dreams.
Follow 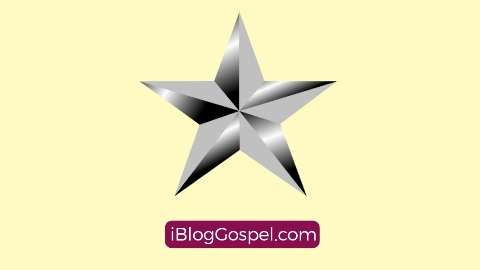 There are many who have dreamed about stars, but couldn't readily tell what their dreams mean. That is the reason why we are here to provide the spiritual meaning for your dreams. Join us now as we explore the biblical meaning of stars in dreams.
Star dreams are not one of the many common dreams that people see. Seeing stars in dreams is not a common occurrence, but whenever this dream shows up, the dreamer should understand that it is such an important dream—and they should pay careful attention to it.

1 Corinthians 15:41 NIV
The sun has one kind of splendor, the moon another and the stars another; and star differs from star in splendor.

Dreams concerning stars are not that common—only a few people have seen such dreams. Dreams about stars are always very prophetic dreams. I believe anyone who has seen stars in their dreams should count their self fortunate.
Since dreams of stars come in various forms, our dream interpretation will be based on the following:
Most dreams about stars are always a good omen. Only on very rare occasions do star dreams mean something negative.

Matthew 2:2 NLT
Where is the newborn king of the Jews? We saw his star as it rose, and we have come to worship him.

Did you see a dream about stars in the sky? God may be communicating to you something very great through such a dream. Remember that, God used the symbol of the stars in the sky to reveal to the three Magi, the birth of the Lord Jesus Christ.

Spiritual Meaning of Stars In The Bible

Daniel 12:3 NIV
Those who are wise will shine like the brightness of the heavens, and those who lead many to righteousness, like the stars for ever and ever.

Stars are very important to God—that is why the Bible makes mention of them so many times. And the Lord Himself speaks of them in several places in scriptures.
The spiritual meaning of stars often point to...
When the Lord Jesus manifested in the flesh as a new born baby in Jerusalem, His star was seen in the sky (Matthew 2:2), telling that He wasn't just an ordinary being. Hence, a dream about stars will most likely be a very powerful dream, revealing things about the future or destiny of a person.

The Bible reveals to us in several verses that God calls His Angels stars. He calls them stars. When the earth came into being, God said that for this purpose, the "morning stars" rejoiced and sang His praises. And then, He went on to reveal to us that these morning stars were the sons of God—which are the Angels—since man wasn't created by then.

Job 38:4,6-7 KJV
Where wast thou when I laid the foundations of the earth? declare, if thou hast understanding. [6] Whereupon are the foundations thereof fastened? or who laid the corner stone thereof; [7] When the morning stars sang together, and all the sons of God shouted for joy?

In the revelation which was given to John the Beloved (in the Island of Patmos), stars were also portrayed as Angels. John was shown the fall of the arch enemy of God and how he deceived one-third of the Angels of Heaven to joining him in his revolt against God.

Revelation 12:4 KJV
And his tail drew the third part of the stars of heaven, and did cast them to the earth: and the dragon stood before the woman which was ready to be delivered, for to devour her child as soon as it was born. There is something very important God is trying to communicate to the dreamer.

Dream Meaning Of Seeing Many Stars

What do stars represent in a dream? Stars in dreams can either symbolize Angels or men of substance—great men. In some cases, God uses dreams of stars to reveal to people very important information concerning their purpose and destiny. Anyone who has such dreams should not take them lightly.
It is important to observe every factor surrounding our dream concerning stars, whenever we see them; since in most cases, the meaning of our dreams are embedded in our spirit right there in those dreams.

Matthew 2:1-2,7,9-11 KJV
Now when Jesus was born in Bethlehem of Judaea in the days of Herod the king, behold, there came wise men from the east to Jerusalem, [2] Saying, Where is he that is born King of the Jews? for we have seen his star in the east, and are come to worship him. [7] Then Herod, when he had privily called the wise men, enquired of them diligently what time the star appeared. [9] When they had heard the king, they departed; and, lo, the star, which they saw in the east, went before them, till it came and stood over where the young child was. [10] When they saw the star, they rejoiced with exceeding great joy. [11] And when they were come into the house, they saw the young child with Mary his mother, and fell down, and worshipped him: and when they had opened their treasures, they presented unto him gifts; gold, and frankincense, and myrrh.

Dreaming About Stars In The Sky

Seeing a very bright star or a couple of bright stars in the sky is not a dream that is given to just anyone. As I earlier said, such dreams are often very prophetic dreams.
If you saw such a dream, it is either God is speaking to you concerning your destiny or the destiny of someone you know. It is important to notice anyone else who was around you in this dream and the number of stars you saw. These symbols will go a long way to to help you understand your dream in its entirety.
But rest assured, the needed clues will always be made available to you right within the dream.
If you are one of those who occasionally sees dreams about a very bright star in the sky, understand that you are someone who is destined for greatness and your future is very bright. You have to be extra-careful with the way you live your life. Stay close to God, follow His instructions, focus on pursuing and fulfilling your divine purpose, so you can partner with God in bringing your destiny to fruition.

Seeing stars or a star falling from the sky in your dream could represent the demise of a very great and prominent person. If God brings up their picture or name in your mind, make sure you intercede for them on waking up.
This dream could also represent the plot of the enemy to thwart or divert your great destiny and future—even before they have a chance to manifest. Do not take such dreams lightly. Pray effectively to destroy the works of the enemy against your God-given destiny.

Final Words On Biblical Meaning Of Stars In Dreams

Beloved, I trust that by reading this article, you were able to understand the spiritual meaning of stars in dreams.
If you were blessed reading this dream interpretation, kindly share this article with your friends and family.
Remain blessed!