Biblical Meaning Of Soldiers In A Dream 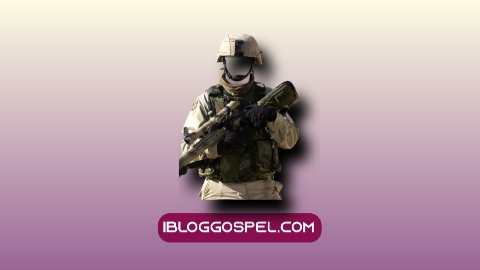 Some of our blog readers have reported dreaming about soldiers and some suggested I put down a dream interpretation concerning seeing soldiers in dreams. So here it is. Join us as we explore the Biblical meaning of soldiers in a dream.
I understand that seeing soldiers in dreams can come with the feeling of fear, confusion or excitement. The military exists at the helm of the hierarchy of armed forces. Dreams pertaining to seeing soldiers are not so common. They are not given to just anyone. They are very serious dreams and sometimes, can be very prophetic in nature.
In the physical world, soldiers are powerful and respectable. Their appearance in the midst of chaos brings order. Most times, when soldiers step into a conflict, peace is restored. Although soldiers can either restore peace or wage war—depending on which is necessary. The military has capabilities that other forces do not have.
Every kingdom has soldiers guarding its territory, waging war, curtailing rebellion and ensuring order. In the Bible, soldiers operated based on the commands of the King of a particular kingdom. The case isn't different when it comes to the spiritual world.

Meaning of Soldiers In A Dream

There's a battle (between Light and darkness) constantly raging in the supernatural realm. This battle is very real, feirce and is waged by real and living beings. The kingdom of God has her own soldiers trained and equipped for war, likewise the kingdom of darkness.

Isaiah 13:3 ESV
I myself have commanded my consecrated ones, and have summoned my mighty men to execute my anger, my proudly exulting ones.

Dreams concerning soldiers can either be positive or negative. The major factor here is often the source of the dream. Soldier dreams often stem from two major sources: either God or the enemy—because these two are actively engaged in a fierce battle.
Most times, warrior Angels often appear as soldiers in a dream. High-ranking evil spirits from the kingdom of darkness who are assigned and commissioned for spiritual warfare can also appear as soldiers in dreams.
These forces of darkness constitute the spiritual hierarchy of spiritual wickedness in high places as seen in scriptures.

Ephesians 6:12 KJV
For we wrestle not against flesh and blood, but against principalities, against powers, against the rulers of the darkness of this world, against spiritual wickedness in high places.

When soldiers show up in dreams, it takes discernment to know on whose side they are. There are Angels of God and there are fallen angels serving Satan. These two groups of angels are always at war. Soldier dreams from God are often very powerful and prophetic dreams.

When the military invades a territory, it is often to carry out operations. They had received a command to invade that territory. Most times, the purpose is to deal with troublemakers and restore peace and order to that territory.
When a Christian dreams about soldiers invading a territory, it is needful they discern and know whose kingdom they represent.
In this season, the Almighty is releasing warrior Angels to mount certain territories and curtail demonic activities within such territories. This is all part and parcel of Heaven's plan to advance the kingdom of God on earth. When this happens, such prophetic dreams of seeing soldiers invading a territory can be given to a select few.

Isaiah 31:1
But the Egyptians are men and not God; their horses are flesh and not spirit. When the LORD stretches out his hand, he who helps will stumble, he who is helped will fall; both will perish together.

For instance, if a Christian saw a dream where soldiers invaded a particular community, searched from house to house and arrested culprits. Such dream was from God. Those soldiers were warrior Angels assigned to tackle evil spirits and their activities within that community.

Sometimes, people see war in their dream and end up concluding it is an actual soon coming war. But in most cases, it is what is currently happening in the spirit realm that they have been privileged to see.
The meaning of dreams about soldier attacking depends on who they were attacking. In the dream, did you feel the attacks were on good people and innocent civilians? Then this is not done by Heaven's army. Like I earlier said, it is rarely a war that is about to manifest in the physical world, but a spiritual warfare that is happening in the spiritual realm.
Such dreams are not given to just anyone. A Christian who sees such dreams is likely called and Anointed for spiritual warfare.

Deuteronomy 28:7 KJV
The Lord shall cause thine enemies that rise up against thee to be smitten before thy face: they shall come out against thee one way, and flee before thee seven ways.

If you had a dream where you saw soldiers chasing to catch you or attempting to attack you, this dream shows that you under a serious spiritual attack from the kingdom of darkness. The dreamer must stay prayed up, so as to become equal to the task.

Dreaming That You Are A Soldier

Recurring dreams where a Christian finds his/herself as a soldier point to the fact that the Christian had been appointed, Anointed and equipped for the ministry of spiritual warfare. Your prayers can cause massive destruction to the works of darkness.

Jeremiah 1:10 KJV
See, I have this day set thee over the nations and over the kingdoms, to root out, and to pull down, and to destroy, and to throw down, to build, and to plant.

So friends, I hope you get it that dreams about soldiers or seeing soldiers waging a war in dreams rarely mean that a war is about to break out in the physical realm. I'm sure that if that were the case, God would had made it plain to the dreamer.
Warrior Angels from Heaven often manifest as soldiers in dreams. Christians with the ministry and Anointing for spiritual warfare may occasionally see themselves as soldiers in dreams. High-ranking agents of darkness also do appear as soldiers in dreams.
We're all representing different kingdoms. Every genuine Christian is a soldier in the army of God, hence, why in the Bible says we are commanded to put on the whole armour of God (Ephesians 6:11) and fight the good fight of faith (1 Timothy 6:12). Partner with God to establish His will on earth through spiritual warfare.
God bless you.
If you found this dream interpretation helpful, remember to share with as many as possible. Stay in touch with our blog. Remain blessed!