Home
Devotionals
The Damsel Is Not Dead

The Damsel Is Not Dead, But Sleepeth

The statement from Jesus saying that "the Damsel is not dead" had lessons to teach us, which we will learn here.
Follow 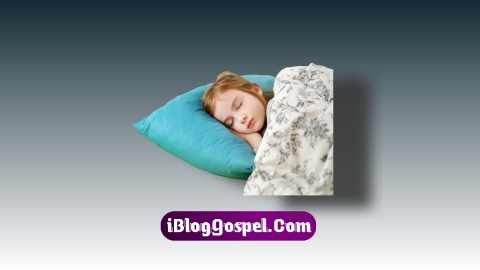 Mark 5:39 KJV
And when he was come in, he saith unto them, Why make ye this ado, and weep? the damsel is not dead, but sleepeth.

The daughter of Jairus (one of the rulers of the synagogue) had been terribly ill—even to the point of death. It is very likely that all attempts to cure her infirmity proved abortive.
Her father, on hearing that there was a man named Jesus Christ, who went about healing the sick and casting out devils, had to go out looking Him. Maybe there could still be hope for his daughter.
On finding Jesus, Jairus pleads that the Lord comes and heal his daughter. Jesus on hearing this (and always being full of compassion), immediately went with him to his home.
But just before their arrival, a report came to Jairus, saying, "Your daughter is dead: there's no point asking the Master to come anymore". All hope was lost.
Then Jesus responded to Jairus, saying, "Be not afraid, only believe" (Mark 5:36). He makes the impossible possible.

What are dead situations? Dead situations are problems and challenges we find ourselves in, where there seems to be no way out. No man can help out. Not even money can help us. All hope is completely lost.
There are challenges and problems of life that can totally paralyse our faith in God sometimes. If you haven't been there before, don't even ask for it.
In such situations, it takes supernatural faith to still believe that God will come through for us and bail us out.

Job's Case Was A Dead Situation

None of Job's friends thought he was coming out of it. His wife couldn't see any possible way out of it. She suggested that he curse God and die instead. Things were that bad.
But when everything else fails, God shows up. God can breathe life into dead situations.

Speak Life Into Your Dead Situation

Romans 4:17 KJV
(As it is written, I have made thee a father of many nations,) before him whom he believed, even God, who quickeneth the dead, and calleth those things which be not as though they were.

What are you going through right now that seems like there is no way out? God is faithful, even when we are faithless (2 Timothy 2:13). He will come through for you.

Learn To Speak Life Into Your Dead Situations

All other voices around you may speak negative. But do not let it come from you. God calls things that are not as though they were. Learn this dimension of faith. By faith, see the light even before you reach the end of the tunnel.
Job's friends thought it was the end for him. Some of them began to mock him. But he did not allow their mockery to stop him from trusting God.
No need to weep. The damsel is not dead. The Lord brought Jairus' daughter back to life. It is not over for you yet until God says it is. The situation is just temporary, not permanent. It is a test that will produce a testimony—if you don't give up on God.
When our life seems like a complete ruin, the Lord can step in and put back everything in order. He will. He always does. God still does wonders. I'm a living testimony to this.
Jesus is Mighty to save. Hold unto His hand. Do not be afraid, only believe. Be encouraged!
God bless you.