Power To Become Sons Of God

When the scripture mentioned the power to become sons of God in John 1:12, there is much to learn. Let's explore in this teaching.
Follow 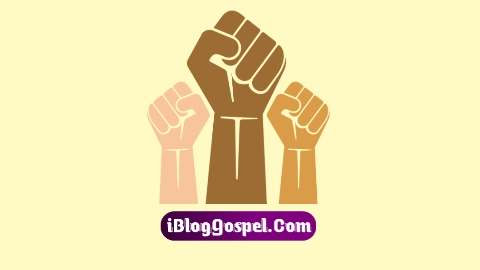 Much has said about becoming and being sons of God in many Christian circles. Today we will learn about the power to become sons of God, according to Scriptures.
The popular belief is that, since everyone is created by God, everyone is a child of God. But this is very far from the truth.
The Bible makes it clear that, there are people who are born out of the will of the flesh (man), or of blood (mere reproduction process). This is entirely based on human will and doing.

After God created the first man (Adam and Eve), He created a biological process (reproduction) through which man will multiply on earth, without His direct intervention.
There are people who are born out the will of two humans agreeing to be together in marriage or fornication. And there are people born purely out of Divine will.

John 1:12 KJV
But as many as received him, to them gave he power to become the sons of God, even to them that believe on his name.

In Ephesians 1, we are made to understand that there are personalities who existed in God before time—even before the creation of the earth. God knew them before time and predestined them to be conformed to the image of His Son.

Ephesians 1:3-5 KJV
Blessed be the God and Father of our Lord Jesus Christ, who hath blessed us with all spiritual blessings in heavenly places in Christ: [4] According as he hath chosen us in him before the foundation of the world, that we should be holy and without blame before him in love: [5] Having predestinated us unto the adoption of children by Jesus Christ to himself, according to the good pleasure of his will.

Of a truth, the Lord knows those who are His.

2 Timothy 2:19 KJV
Nevertheless the foundation of God standeth sure, having this seal, The Lord knoweth them that are his. And, Let every one that nameth the name of Christ depart from iniquity.

If two satanists agree to get married and make children, they will still do so successfully. The biological process of reproduction is a constant, it won't reverse simply because they're satanists. But we can't say that those children are children of God. We can't justify them, except they get saved.
[That's a good example of people born out of the will of flesh, or of blood, or the will of man.]
Unfortunately, even many in different denominations are faking their salvation and Christianity. They're playing church. Deep down, they know they are not truly saved. It is only genuine salvation that validates and justifies a person to be a child of God.
By predestination, every child of God gets saved before they exit this present world. If anyone doesn't get saved before they quit this earth, they were never a child of God.
Jesus hands out salvation “on a platter of gold” to everyone. Yet, there are people who will reject our message (no matter how good we preach it) and refuse to get saved. Jesus made it clear to us why this is so when He said, "No one will come to Me, except the Father who sent Me draws him..." (John 6:44).

Many are called but just a few are chosen (Matthew 22:14). If you're chosen, do not take it for granted. Live worthy of that calling as a son of God, into the family of God.

Power To Become A Son of God

Accept Jesus Christ as your personal Lord and Saviour.

John 14:6 KJV
Jesus saith unto him, I am the way, the truth, and the life: no man cometh unto the Father, but by me.

Anyone who thinks they can bypass Jesus Christ to meet the Father, commune with and have a relationship with Him is deceiving their self.
Teachings that deny the divinity of Jesus Christ but points people to the Father instead, are some of the heresies we're warned against in scriptures.
If you're ready and willing to welcome Jesus Christ into your life as your Lord and Saviour, pray this short prayer with me:
Lord Jesus, I come before You recognising and admitting that I am a sinner in need of a Saviour. I ask that You forgive my sins and wash me clean with your blood. Make me righteous, holy and acceptable to the Father. Write my name in the Book of Life. Thank You Lord Jesus for saving me. Amen.
If you just prayed that prayer from the heart, welcome to the family of God.

Women As Sons Of God

Spiritual things cannot be interpreted literally, lest we err woefully. The phrase  “sons of God” is a spiritual term that conveys our citizenship in the kingdom of God, and as members of the family of God. It can safely be used on both genders.
God is no respecter of persons. He calls both males and females into ministry. He fills them with His Holy Spirit, activates in them spiritual gifts and uses them for His glory. Every saved person is equal in the sight of God, irrespective of their gender.

Ephesians 4:8 KJV
Wherefore he saith, When he ascended up on high, he led captivity captive, and gave gifts unto men.

In the scripture above, we were not told that "He gave gifts to men and women". But we've seen, heard and read about women whom God used mightily, and is still using today. There's no doubt that  “sons of God” cover both genders. There's no partiality in God.

Characteristics of Sons of God

Final Words On Power To Become Sons Of God

It is not enough to be called sons of God. We must carry out our assignments as the sons of God. We're not here on earth to play but to work. We are not Anointed for nothing.
Our calling as “sons of God” is not a title, but a responsibility. Just as the our Lord Jesus said, “I must work the works of him that sent me, while it is day: the night cometh, when no man can work” (John 9:4), and went ahead to do just that, so should we.
God bless you.