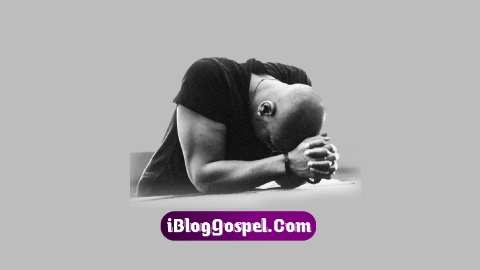 It is proven that a good number of Christians are often quick to give up, when they have asked God for a thing for a long time, but haven't gotten the answers to their prayers. Let us learn the benefits of persistent prayer in today's teaching.
Persistence means to continue in a line of action despite opposition, discouragement, distraction or detraction. Another word for persistence is perseverance.
When someone persists, they simply choose to beat all odds to continue doing what they want to do. Everyone who persists (or perseveres) does that with an intent—a goal at the back of their mind. Through persistence, they look forward to achieving that goal.
Persistence can either be negative or positive, depending on what we apply it to and how we apply it.
It is wrong to persist on bringing to fruition an unrighteous cause that one has been warned against. It is wrong to persist towards fighting your neighbours daily.
It is right to persist in our chasing after God. It's a good thing when people persist towards achieving success, despite how many times they might had failed. It is the right thing to do when we persist in prayer.
Saul was not going to give up on persecuting the early Church. He was bent on beating all odds to continue persecuting more and more Believers daily.

Acts 8:3 KJV
As for Saul, he made havock of the church, entering into every house, and haling men and women committed them to prison.

Acts 9:1-2 KJV
And Saul, yet breathing out threatenings and slaughter against the disciples of the Lord, went unto the high priest, [2] And desired of him letters to Damascus to the synagogues, that if he found any of this way, whether they were men or women, he might bring them bound unto Jerusalem.

What we see in Saul's action towards the Church is persistence applied to the wrong cause. It took the Lord confronting Saul by Himself, in order to stop him.

Christian Standard Bible
Rejoice in hope; be patient in affliction; be persistent in prayer.

Persistence vs Repetition In Prayer

Matthew 6:7 KJV
But when ye pray, use not vain repetitions, as the heathen do: for they think that they shall be heard for their much speaking.

Berean Literal Bible
And praying, do not use vain repetitions like the pagans, for they think that in their many words they will be heard.

New King James Version
And when you pray, do not use vain repetitions as the heathen do. For they think that they will be heard for their many words.

New American Standard Version
“And when you are praying, do not use thoughtless repetition as the Gentiles do, for they think that they will be heard because of their many words.

In repetitive prayer, the one who prays, recycles the same prayer point over and over again in one prayer session, because they think maybe God did not hear them the first time they raised that prayer point. This is often due to lack of faith, and God hates it.

In persistent prayer, the same request is taken to God each time one gets in the place of prayer. There is no repetition here but perseverance. This is acceptable.
For instance, mentioning the name of a loved one and praying for their salvation each time you get in the place of prayer is persistence. But recycling that very prayer point again and again during one prayer session is repetition. There's a world of difference between the two.

In the parable of the persistent widow, the Lord taught us a lesson that we should all apply to our prayer life. Men ought always to pray, and not to faint!

Luke 18:1-8 NIV
Then Jesus told his disciples a parable to show them that they should always pray and not give up. 2 He said: “In a certain town there was a judge who neither feared God nor cared what people thought. 3 And there was a widow in that town who kept coming to him with the plea, ‘Grant me justice against my adversary.’ 4 “For some time he refused. But finally he said to himself, ‘Even though I don’t fear God or care what people think, 5 yet because this widow keeps bothering me, I will see that she gets justice, so that she won’t eventually come and attack me!’” 6 And the Lord said, “Listen to what the unjust judge says. 7 And will not God bring about justice for his chosen ones, who cry out to him day and night? Will he keep putting them off? 8 I tell you, he will see that they get justice, and quickly. However, when the Son of Man comes, will he find faith on the earth?”

The widow was not going to give up on making her request known to the judge, until her request was granted.
If the unjust just finally attended to the widow, how much more our good and just Heavenly Father?

Jesus said, "However, when the Son of Man comes, will he find faith on the earth?"  There's the major point.
If we believe that God can give us what we are asking from Him, we would patiently continue asking Him. But with lack of faith, people lose patience and hope easily, and stop praying—concluding that God will not answer them.
The Lord said that we ought to pray and not to give up!
Understand that not all requests brought to God are the same. Some are higher than others. To some requests, God will bring instant answer and give the manifestation in the physical realm.
But for certain requests, God will make us wait. That does not mean He won't answer us. We must trust His wisdom and continue to ask Him, instead of giving up. Sometimes, people give up at the verge of their breakthrough.

To persist in prayer is not an option, it is a command. Any Christian who cannot persist and wait on God to bring answer to their request (at His own time) displays their level of spiritual immaturity.
Sometimes, God might decide to test us by making us wait. We have to make sure we pass the test.

Psalm 105:19 ESV
Until what he had said came to pass, the word of the LORD tested him.

We must pray and wait. There are people who have received what they asked from God, after they fasted and prayed daily for a year, two years or more.
What are you currently asking God for and the answer seems it will never come? Do not be in haste to give up on asking and knocking. Your request will definitely be granted and the door will be opened to you.
God bless you.