Will You Also Go Away? The same question the Lord asked His disciples, He also asks us today.
Follow 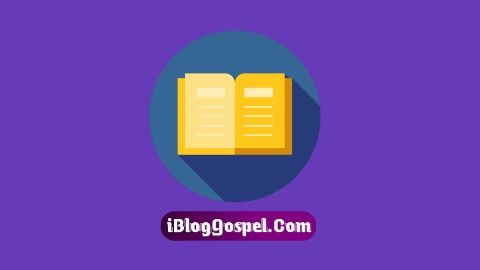 John 6:60-62 NIV
On hearing it, many of his disciples said, "This is a hard teaching. Who can accept it?" Aware that his disciples were grumbling about this, Jesus said to them, "Does this offend you?"
Then what if you see the Son of Man ascend to where he was before!"

In the scripture above, we see the reaction from followers of Jesus who came after Him because of the miracle of feeding of the five thousand. They couldn't stand some teachings they heard from Jesus.
Besides, Jesus had earlier reproved them for seeking Him because of the food which they were served after each sermon. These people made it a habit to find out Jesus' next location each day, to go after Him—knowing that the Lord was going to dish out free food once He's done preaching.
Jesus knew their hearts. He knew the intention for which they sought after Him. It was a superficial commitment.
And this time, Jesus began teaching on the cost of following Him. These people seem confused by what the Lord has said and counting the cost of following Jesus, they find out they aren't willing to pay the price.
The state of their heart had been revealed. And now they have realised following God isn't about food and drink. Their next line of action was withdrawal!

John 6:66 KJV
From that time many of his disciples went back, and walked no more with him.

We are told in the Gospel of Luke that Jesus had more than seventy disciples (Luke 10). He did send out seventy, which returned with the report that even demons were subject to them in His Name!

Luke 10:17 KJV
And the seventy returned again with joy, saying, Lord, even the devils are subject unto us through thy name.

But after this incident, where were the seventy plus who followed Jesus wherever He went? They were nowhere to be found! Jesus was left with just twelve disciples.

John 6:67 KJV
Then said Jesus unto the twelve, Will ye also go away?

The Lord also asks us this same question today, "Will you also go away?"
We live in a microwave generation where new ideas are generated each day, towards making things happen faster, and making life easier. But when it comes to God, we cannot apply the same strategy.
When people go to God with the wrong motives; sourcing for a shortcut to receive from Him without stress, their heart will always be revealed. Their intent will be exposed.
It's funny that many want to serve a God who gives them stuff, without them having to give a thing in return. Coming to Jesus with such an expectation will often lead to disappointment. Jesus is always quick to give a thumbs down to such people.

Matthew 16:24 KJV
Then said Jesus unto his disciples, If any man will come after me, let him deny himself, and take up his cross, and follow me.

It is needful that we do not present Jesus to unbelievers as a God who exists to bless them, while expecting nothing from them.
Many who come to God with the mindset that they will never suffer anything as Christians, always end up frustrated when tribulations hit. Such are always quick to fall away and go after alternatives for solution to their problems.
Serving God requires total commitment. It will cost us everything. To receive all that God has in store for us will demand that we give Him all of us.
Will you choose to not compromise even when life doesn't happen the way you expect? Will you remain faithful even in the midst of the storm? Will you choose to keep trusting God even when the answers to your prayers seem not to be coming? Or will you also go away?
I pray that our response will always be like that of Peter: "Lord, to whom shall we go? Thou hast the words of eternal life." (John 6:68).
Amen.