Spiritual Meaning Of Rats In Dreams

Seeing a dream about rat might have led you to search for the spiritual meaning of rats in dreams, which you will learn in this article.
Follow 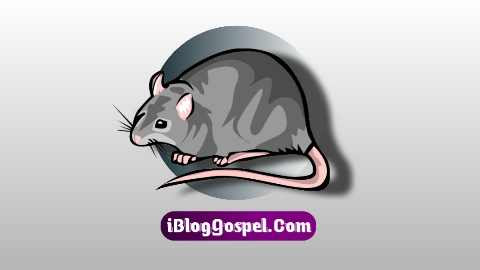 One out of the many strange dreams that people dream about is a dream of rats. A good number of you reading this right now probably just got out of a dream where you saw rats; and you're eager to know what your dream means. Sit tight as we explore the spiritual meaning of rats in dream today.
A dream about rats is not one of the common dreams that a large number of people see. Unlike some dreams like eating in dreams and bathing in the dream, dreams about rats are not frequently seen—and they're often not seen by many people.

Job 18:13 ESV
It consumes the parts of his skin; the firstborn of death consumes his limbs.

Rat dreams are not selective. Both Christians and non-Christians have reportedly seen diverse kinds of dreams about rats. But be informed that, on our blog, we only provide Christian dream interpretations.
In this article, you should expect to learn the following:
If you just woke up from seeing a strange dream of rats, I believe you have many questions already regarding your dream. Let's trust the Holy Spirit to enable us answer your questions as we progress.

What do rats mean in a dream biblically ? Rats in dreams often reveals a terrible spiritual attack from the kingdom of darkness, against God's providence in the life of a person.

What does seeing a rat mean spiritually ? Seeing rats in dreams often symbolize a deadly spiritual attack against the divine providence of the dreamer. The effect of such dreams (if not ruggedly prayed against) can change givers to beggars; it can cause people who were once the head to become the tail.

What does it mean when you dream about rats ? The manifestations of rats in dreams is often a subtle but deadly spiritual attack from the enemy. Due to lack of knowledge, many leave such dreams unattended to, until the enemy achieves his goals against them.

Unlike some dreams that can sometimes be good or bad omen, seeing rats in dreams is never a good omen. The symbol of a rat in a dream always carries negative connotations.

Starting from our homes in waking life, I'm certain that no one would like to have mice as flatmates. Having rats living in the same apartment with us can be such a nuisance. I've never seen anyone living comfortably with rats in their home and wouldn't want to get rid of them. Some of us go to extra mile to employ all viable options to keep our homes free of rats.
If people always go to this extent in order to have a mice-free home, I believe we all know the effects of having rats around. Their activities can be very disastrous if not checkmated.

Psalm 80:13 ESV
The wild boar from the forest devours it, and the wild animals feed on it.

What is the major reason why we always want to rid our home of rats? It is because they can eat and chew on anything as it pleases them—ranging from groceries, to clothes and furnitures. They can bore holes in unexpected places in our homes and destroy expensive home decors. If the physical rats could cause such dimension of destruction to our properties, then obviously, spiritual rats can do even worse.
Rats in dreams are neither ordinary nor physical rats. They often symbolize something deeply spiritual. We can liken the appearance of rats in dreams to some sort of spiritual invasion; such that can cause the dreamer terrible destruction—both physically and spiritually.
To be more specific, rats in dreams often symbolize the following:
The moment a person dreams of a rat in their home, they must understand that there is a strategic attack of darkness launched against them, to spiritually drain and destroy all that God has given them.
The major assignment of rat attacks in dreams is to steal, and we know who the Bible calls the thief—Satan the devil.

John 10:10 NIV
The thief comes only to steal and kill and destroy; I have come that they may have life, and have it to the full.

The enemy works tirelessly day and night to ensure that he carries out and fulfils his three-pronged assignment of killing, stealing and destroying. And unfortunately, not everyone understands all the ways he operates. But thanks to God for the gift of discernment and dreams interpretation!
God gives us everything in abundance. The Bible says in Proverbs 10:22 that the blessing of the Lord makes rich and adds no sorrow. The enemy knows this; he becomes envious and devices evil ways to sow sorrow in our lives. One of the ways he strives to achieve this is by attempting to steal our blessings through rat dreams!
Now you understand that seeing rats in dreams is such a serious thing; one that shouldn't be allowed to persist! If you happen to see a rat in your dream, eating and tearing up your stuff, know that the enemy is out and after you to render you bankrupt and poor. Such a dream must be tackled through serious prayers.

Rats In Dreams As The Spirit Of Famine

Dreaming of an invasion by many rats in a home or a particular location, often points to a coming famine. This famine could come as financial lack, which could likely result to every other form of lack in the dreamer's life.

Psalm 37:25 NIV
I was young and now I am old, yet I have never seen the righteous forsaken or their children begging bread.

Rats In Dreams As The Waster Spirit

Malachi 3:11 KJV
And I will rebuke the devourer for your sakes, and he shall not destroy the fruits of your ground; neither shall your vine cast her fruit before the time in the field, saith the Lord of hosts.

There are people who see dreams of rats tearing up their money or certificates, then in waking life, they begin to experience financial lack and difficulties getting employed. This is clearly the manifest effect of this dream that they saw.
But there is good news! The Lord says that He will rebuke the devourer for your sake and restrain its activities against you. This will happen if we stay prayerful and obedient to God at all times. Whenever you see a dream of rat attack, always remember to pray using the above Bible verse. Then watch God destroy the plots of the enemy against your life!

Spiritual Meaning Of Killing Rats In A Dream

From all that has been said so far, we can see that rats in dreams are enemies of our progress. They don't show up to add value to our lives but to subtract. They show up to steal, destroy and rob us of all the provisions God has blessed us with for our sustenance.
For those who understand that rat dreams can be this catastrophic, it often happens that if they start praying against such dreams and binding the devourer—along the line, they may see another dream—a dream of killing rats! This often confirms that their prayers are working and they have gained victory over these attacks.
If you saw yourself killing rats in your dreams (even without first seeing rats attacking you in dreams), know that God is fighting for you. The Lord fights even our hidden battles that we're not aware of. Thank God for the victory!

Biblical Meaning Of Killing Rats In A Dream

The biblical meaning of killing rats in dreams is not far-fetched. The Lord promised that He will contend with those who contend with us. Our God is good; He does not sit back to watch the enemy harm us and go scot-free. He is always swift in moving into action on our behalf!

Isaiah 49:25 NIV
But this is what the LORD says: “Yes, captives will be taken from warriors, and plunder retrieved from the fierce; I will contend with those who contend with you, and your children I will save.

If you saw a dream of killing rats, the Lord has enabled you to defeat the waster spirit assigned against you. Ascribe all glory to Him!

Biblical Meaning Of Dead Rats In A Dream

Seeing dead rats in dreams often reveals that the enemy and attacker of your blessings has been busted! God has been working behind the scenes; He has released His angels to fight for you. The devourer spirit assigned against you has been arrested and its assignment against you terminated! Glory be to our God!

Prayer Against Rats In Dreams

Final Words On The Biblical Meaning Of Rats In Dreams

Beloved, I believe this article helped you understand the spiritual meaning of rats in dreams. Now that you know how deadly it can be, you shouldn't allow such dreams to continue.
Remember that the Lord has given us power to trample over all works of darkness (Luke 10:19). Always use that effectively in prayer against all attacks of the enemy on your life.
If you feel your particular dream concerning rats wasn't touched on in this article, you can always send me a private message via WhatsApp.
God bless you!