The Excellent Spirit Of Daniel 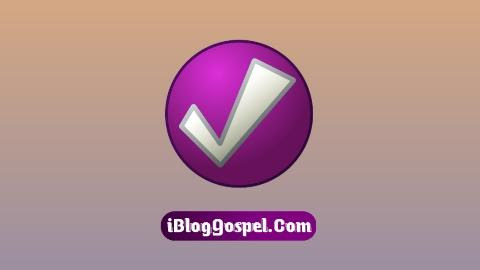 Among high profile Prophets in the old testament whose biography and exploits were penned down in the holy scriptures, Daniel was and still remains outstanding in terms of excellence, both in his ministry and otherwise.
After a careful study of the book of Daniel, a few things clearly stood out to me: there were neither many prophecies, lamentations nor mighty signs and wonders.
Its content is brief but jaw-dropping. The nature of Daniel's ministry is thrilling!
There was definitely something spectacular about this guy! An excellent spirit was in him.
Daniel made jaw-dropping impacts which may not be seen as feasible in many Christian circles today. But I can assure you that today's Christians can lead the same life as Daniel if we are willing.

The Spirit which was with Daniel wasn't a strange spirit. He was the same Holy Spirit who is in genuine Christians today. He is that Spirit of Excellence. Within Him is the ability to do the impossible and the grace to attain heights which man's natural abilities can not grant.

Isaiah 11:2
The Spirit of God will rest upon him, that spirit of wisdom and understanding, the spirit of counsel and might, the spirit of knowledge and the fear of the God.

Daniel was extremely productive! His countenance reflected the very glory of God. The world saw and became envious. The king saw and marvelled!
Daniel manifested the true fruits of righteousness to the fullest. What could had been his secret? He allowed God to work on him!
Our Lord Jesus expects us to likewise give Him the right of way to work on us so that we will stand out among the crowd, where ever we find ourselves.

Philippians 1:10-11
That you may approve those things which are excellent; that you could also be sincere and without guile till the day of Christ; [11] Being filled with the fruits of righteousness, which are by Jesus, to the glory and praise of God.

During his lifetime, Daniel was never a step farther from God. He cultivated the habit of abiding in Christ.

John 15:4-5
Abide in me, as I also abide in you. Since the branch cannot bear fruit on its own, except it abides in the vine tree itself; you also cannot bear fruits, unless you abide in me. [5] I am  like the vine, and you are the branches: Anyone who abides in me, and I in him, the same will bear much fruit: for without me you can do nothing.

If we allow God to work on us; if we learn to abide in Christ, like Daniel, we can also make impacts that are hard to fathom by the natural man!

Daniel 6:3-4 KJV
Then this Daniel was preferred above the presidents and princes, because an excellent spirit was in him; and the king thought to set him over the whole realm. [4] Then the presidents and princes sought to find occasion against Daniel concerning the kingdom; but they could find none occasion nor fault; forasmuch as he was faithful, neither was there any error or fault found in him.

Manifestation Of The Excellent Spirit In Daniel

The book of Daniel reveals in detail the virtues which Daniel possessed. I strongly believe that if we allow the Holy Spirit to transform us as much as He longs to, we too can attain excellence in all ramifications of our lives.

Daniel was noted for being self-disciplined among his friends and other inhabitants of Babylon. The fact that Daniel found himself in the King's court never made him see it as an opportunity to compromise. He wasn't moved by the king's wealth which was very much available to him. He still held on to his high standards and honoured the Lord in everything he did.

Daniel 1:8
Daniel made up his mind that in he will not defile himself with the portion of the king's meat, nor with the wine which he drank: therefore he took permission from the prince of the eunuchs, so that he would not defile himself.

If Daniel were to be alive today, many would see him as a "no-nonsense" person. And that's who he was.

2. Commitment And Devotion to God

Daniel was totally committed and devoted to God. He had a prayer schedule which he followed up strictly. He wouldn't substitute his prayer time for anything.

Daniel 6:10 KJV
Now when Daniel knew that the writing was signed, he went into his house; and his windows being open in his chamber toward Jerusalem, he kneeled upon his knees three times a day, and prayed, and gave thanks before his God, as he did aforetime.

Undoubtedly, Daniel had an intimate relationship with God. If we're serious with God, the outcome will always manifest in our lives for many to see.

Daniel was someone who wasn't ready to let anything come between him and his God.

Daniel 6:4-10 KJV
Then the presidents and princes sought to find occasion against Daniel concerning the kingdom; but they could find none occasion nor fault; forasmuch as he was faithful, neither was there any error or fault found in him. [5] Then said these men, We shall not find any occasion against this Daniel, except we find it against him concerning the law of his God. [6] Then these presidents and princes assembled together to the king, and said thus unto him, King Darius, live for ever. [7] All the presidents of the kingdom, the governors, and the princes, the counsellors, and the captains, have consulted together to establish a royal statute, and to make a firm decree, that whosoever shall ask a petition of any God or man for thirty days, save of thee, O king, he shall be cast into the den of lions. [8] Now, O king, establish the decree, and sign the writing, that it be not changed, according to the law of the Medes and Persians, which altereth not. [9] Wherefore king Darius signed the writing and the decree. [10] Now when Daniel knew that the writing was signed, he went into his house; and his windows being open in his chamber toward Jerusalem, he kneeled upon his knees three times a day, and prayed, and gave thanks before his God, as he did aforetime.

The intentions of other envious princes were to cause Daniel to compromise his faith. But little did they know that God was more important to him. He wasn't afraid of any threat that was targeted towards his faith.

Daniel's character was worth the position he was promoted to. He walked blamelessly before the LORD and before the king.

Daniel 6:4 KJV
Then the presidents and princes sought to find occasion against Daniel concerning the kingdom; but they could find none occasion nor fault; forasmuch as he was faithful, neither was there any error or fault found in him.

This virtue attracted envy and false accusations against him. The world hates what is right and good. But that does not mean we should stop being good anyway.

Daniel possessed the required integrity that qualified him for the position he occupied. Besides, he lived a holy life and pure life.
We know that David was a man after God's own heart. His story portrays God's mercy towards those whom He loves. But Daniel's lifestyle was far more excellent than that of David. Daniel could not afford getting himself into a situation like that of David. Of a truth he had the Spirit of excellence and choose to let that Spirit lead and take control of his life to please God. There's a great lesson for us to learn from this!

The king needed people who had the required knowledge to run the affairs of his kingdom, and Daniel was one of those people. Opportunity will always come knocking but it only goes with those who are equipped for it.

Daniel 1:3-4 KJV
And the king spake unto Ashpenaz the master of his eunuchs, that he should bring certain of the children of Israel, and of the king's seed, and of the princes; [4] Children in whom was no blemish, but well favoured, and skilful in all wisdom, and cunning in knowledge, and understanding science, and such as had ability in them to stand in the king's palace, and whom they might teach the learning and the tongue of the Chaldeans.

The fact that Daniel was among the chosen ones tells us that he was knowledgeable in almost all the areas mentioned in the above Scripture, and that was because he did not joke with his studies. He was industrious.

Daniel 9:2 KJV
In the first year of his reign I Daniel understood by books the number of the years, whereof the word of the Lord came to Jeremiah the prophet, that he would accomplish seventy years in the desolations of Jerusalem.

The saying is true: Readers are Leaders. Even God is against those who refuse to study.

Hosea 4:6 KJV
My people are destroyed for lack of knowledge: because thou hast rejected knowledge, I will also reject thee, that thou shalt be no priest to me: seeing thou hast forgotten the law of thy God, I will also forget thy children.

2 Timothy 2:15 KJV
Study to shew thyself approved unto God, a workman that needeth not to be ashamed, rightly dividing the word of truth.

Although blessed with so much, Daniel was humble. He did not allow his wisdom and knowledge to make him look down on other princes who were under him (despite the fact that they were envious of him).

Benefits Of Having An Excellent Spirit

Below are the benefits that accompany those who have the excellent spirit, just like in the case of Daniel.

Daniel was engulfed in the blessings of God. The envy of other princes, the tests and trials through the king's hand could not stop him from excelling everyday.
He was like a tree planted beside the river whose leaves are ever green and never withers! We too can walk in this calibre of blessings if we follow the footsteps of Daniel.

He was highly favoured and set above many princes and wise men in the Kingdom. That can only be God's favour!

Daniel 6:3 KJV
Then this Daniel was preferred above the presidents and princes, because an excellent spirit was in him; and the king thought to set him over the whole realm.

Above all he had a fulfilled destiny. Daniel was not as Anointed as Sampson but at the end of the day, we saw it isn't about who is more Anointed. It is about who is ready to give God their all and follow Him completely.

I believe that Daniel should be seen as a role model by every serious Christian—especially the men. He is worth our emulation as Christians. He didn't live for himself but for the LORD. He left his life in the hands of God and totally depended on Him alone. He was completely submitted to God. He modelled what the Christian life should be and God was pleased with him.
When we are willing to give God our all, He will always use us and bless us beyond man's imagination!
Amen!